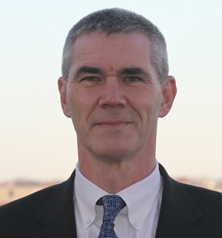 David is an attorney and partner at Latti & Anderson LLP. Latti & Anderson LLP is one of the most well-regarded maritime law firms on the East Coast, representing maritime workers, passengers and their families for injuries and deaths on the water. The firm also provides experienced representation to victims of serious injuries and accidents on land, including car accidents, motorcycle accidents, construction site accidents and slip and fall accidents.

Admiralty lawyer David Anderson is a partner at the maritime law firm of Latti & Anderson LLP in Boston. He has more than 16 years experience in maritime law, personal injury law and wrongful death. His understanding of the intricacies of admiralty law and recoveries under the Jones Act in nationwide offshore injury claims is well known throughout the legal industry.

Dave attributes his success to his competitive nature, his discipline and passion for justice. This aggressive spirit is what drove him to become a top athlete throughout his life in football, wrestling, rowing and competitive cycling. He then pushed himself to obtain one of the highest accolades in all of rowing: a Gold Medal winner at the 1987 Pan American Games.

An exceptional trial attorney, Dave is tenacious in the face of adversity, often invigorating his clients with straight talk and a commanding presence. For him, the courtroom is just like competing as an athlete. Thus, the winner will be the one who wants it more. That means he is willing to put in the long hours and extra work to construct the strongest possible case. Dave and his firm have worked on cases ranging from vessel sinkings to poisonings and seaman fights that lead to crew member injury. Dave has the knowledge necessary to try maritime law cases, whether computing stability loads of fishing vessels, analyzing the mechanics of a piece of fisherman equipment or surveying an accident scene on a vessel.

Even with his all accomplishments and responsibilities, Dave still makes the time to be a husband and father. He has been married for more than 20 years and has four children. Ever the competitor, today he enjoys cycling, often competing in races with his oldest son.