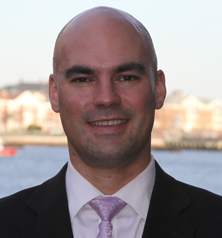 Jonathan Gilzean graduated with Honors from Western New England University School of Law, where he served as Note Editor on the school’s law review journal. While in law school, he was intern to the Honorable Michael Ponsor of the United States District Court, District of Massachusetts.

Jonathan Gilzean graduated in the top five percent of his class from Western New England University School of Law where he served as Note Editor on the school’s law review journal.  While in law school he interned with the Honorable Michael Ponsor of the United States District Court, District of Massachusetts, and prior to joining Latti & Anderson, LLP, Jonathan clerked for the Honorable Chief Judge Alexandra DiPentima of the Connecticut Appellate Court.

With Latti & Anderson, LLP, Jonathan now uses the experience he gathered while working for these judges to more effectively prepare and prosecute his cases.  He understands that his clients are unfamiliar with the legal system and their rights so he remains active in all phases of a case.  From dealing with stubborn insurance adjusters and organizing appropriate medical care to conducting vessel inspections and preparing clients to give testimony, Jonathan strives to ensure that his clients are informed, prepared and that they receive what they are entitled to under the law.  Jonathan derives satisfaction from knowing that he has helped a client obtain a measure of closure after what can be life altering injuries.

Prior to entering law school, Jonathan spent a considerable amount of time travelling abroad visiting twenty seven and living in five different countries.  Now, with a little boy and little girl occupying most of his free time he keeps much closer to home and spends his weekends with his wife either camping on the cape, fishing in Buzzard’s bay or exploring Boston.