Home » Could Inadequate Mooring Cause an Allision?

Could Inadequate Mooring Cause an Allision?

Could Inadequate Mooring Cause an Allision?

According collinsdictionary.com, mooring is the act of “dropping a permanent anchor”, and the Meriam-Webster dictionary defines allision as “the action of dashing against or striking upon.” Unfortunately, if the act of mooring has any connection to an allision, it is because the mooring failed to prevent the allision. 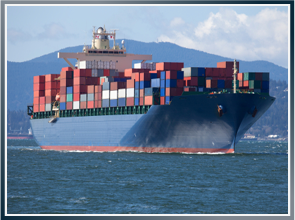 Near the end of November, the National Transportation Safety Board cited inadequate mooring as the cause of an April 2013 bridge allision. According to Professional Mariner, the incident involved a 473-foot tanker, which collided with the Sarah Mildred Long Bridge in Portsmouth, New Hampshire after breaking loose from its moorings.

Working on the water is difficult and unforgiving, even when conditions are at their best. Therefore, when employers do not put the safety of maritime workers first, it often leads to severe or fatal injuries.

If you or a family member are suffering because of a maritime accident caused by an employer’s negligence, you need to talk with a maritime trial lawyer as soon as possible. For more information or to schedule a free, confidential consultation with an experienced maritime attorney, give us a call today.