The U.S. Coast Guard Rescues Man in an Inflatable Bubble—Again! 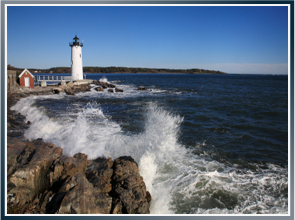 The U.S. Coast Guard had an interesting run-in in 2014 with a man running in an inflatable bubble just off the coast of Miami, Florida. The vessel, which the Coast Guard has named a “HydroPod,” resembles more of a hamster wheel with a transparent plastic bubble in the middle and is made to run on water. The “operator” of the bubble is an Iranian-born endurance runner. Once he made it to the 70-mile point off the beach, the Coast Guard monitored his position until they eventually made a move to rescue him. The rescue voyage cost American tax payers roughly $144,000. In spite of this, the runner took the rescue in stride, promising to perfect the bubble and take it out on another journey, this time with a sign that reads “Please don’t burst my bubble!”

The Coast Guard remained unamused by the pun and issued an official letter to the runner saying the vessel and water conditions were unsafe for the runner, as well as insisting he did not have permission to depart. Much to the Coast Guard’s dismay, he did anyway on April 14th. He lasted more than a week at sea before the Coast Guard received a call about a disoriented man in a giant bubble contraption asking which way Bermuda was. This is when the Coast Guard launched a rescue mission to pick up the exhausted runner for the second time.

In this instance, the bubble “operator” was an established marathon runner who raised money for good causes by running across America and the perimeter multiple times. This particular aquatic voyage to Bermuda was in fact meant to be a run to raise money for children in need and inspire others. However, his good intentions were not enough to make this a safe vessel for his voyage. The temperature inside the pod could get as hot as 120 degrees, making it easy for him to dehydrate. He had planned to catch fish and eat protein bars for sustenance. However, it is safe to say the vessel itself was unseaworthy.

While the runner voluntarily made his voyage in his unseaworthy vessel, seamen who are made to work on unseaworthy vessels are in an entirely different situation. Injuries may arise due to the following reasons:

Any of these reasons deems a vessel unseaworthy and can result in serious injuries, including amputations, spinal injuries or traumatic brain injury. The endurance runner in the inflatable bubble is very lucky that he only suffered from exhaustion as the consequences of embarking on a voyage with an unseaworthy vessel can be much worse.

As maritime attorney David Anderson explains, if you or a loved one have sustained injuries due to a vessel that is deemed unseaworthy, it is important to contact a maritime attorney to examine your rights in the situation.

David Anderson is a maritime injury attorney that will fight for victims who have been injured on an unseaworthy vessel.