Home » What Did We Learn from “Deepwater Horizon?”

What Did We Learn from “Deepwater Horizon?” 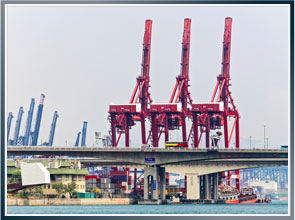 “Deepwater Horizon” is a movie that hit the screens last month and is a depiction of the oil rig that exploded, sank and killed 11 workers on April 20, 2010. The tragedy was also regarded as one of the worst environmental disasters to date.

On that day, the cement plug in the Macondo well failed and hydrocarbons leaked up to the drill floor, which caused mud fountains to flow and created a huge cloud of flammable gas. Although several alarms were triggered, the crew misinterpreted emergency procedures and failed punch the general alarm to alert the rest of the rig on time, which would have engaged the emergency shut down system. However, because they hesitated, gas entered the engine room. Two engines overran and exploded, which wiped out all of the rig’s controls and caused the entire tanker to shut down. Communications, phones, handheld radios and the lights went out. Crewmembers were unable to communicate. It was every oil rig worker’s worst nightmare.

Investigations into the Deepwater Horizon accident show the rig’s defense system failed. The major defense system was the blowout preventer and it completely failed to stop the flow of hydrocarbons at the seafloor’s level. Apparently, Transocean, the contractor for BP, failed to conduct maintenance on it and missed some major overhaul dates. Additionally, the batteries were dead, the hydraulics were leaking and there were even bad solenoid valves. Other critical emergency response systems and procedures did not work properly, some were activated too late and some never even deployed. Had even one system worked properly, the disaster may have been minimized.

Ultimately, investigators found emergency system failure was a huge factor in the Deepwater Horizon explosion. Additionally, the explosion was caused by:

Most of these are also contributing factors in most maritime accidents. The “Deepwater Horizon” movie is a reminder of how important it is to have working emergency systems in place and to have a working system of communication in place in the event of an emergency.

The maritime accident attorneys at Latti & Anderson LLP fight for those injured while working at sea.