How Maritime Workers Can Avoid Fatigue 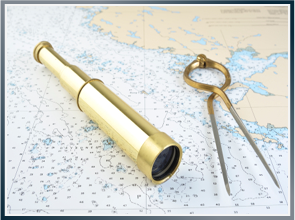 The GCaptain publication makes a very apt observation that shipping culture often equates hard work with fewer hours of sleep. However, studies have shown that who is awake for 17 hours straight can be comparable to a person with a .05 blood alcohol content level. This is especially applicable to fatigued maritime workers.

Given all of the studies that prove time and time again that fatigue is a direct contributory factor in maritime accidents, it is safe to say the maritime industry is a little behind the times in adapting practices that would prevent sleep deprivation. Even during the time the minimum manning requirements were put into action, these requirements still did not take into consideration that the amount of crewmembers is irrelevant to safely operate on a ship if they are all drop-dead tired.

Errors in judgement, decision making and reaction time are severely impaired by fatigue, yet the culture maritime companies have built applauds the ability for mariners to push themselves to the brink of exhaustion. According to the Journal of Environmental Research and Public Health, seafarers who are willing to work while extremely fatigued are seen as “professional” and many strongly believe fatigue just “comes with the job.” However, the Institute of Medicine Committee on Sleep Medicine and Research has proven that workers who are highly fatigued are 70 percent more likely to be involved in accidents.

While it is understandable for maritime workers to want to maximize their income and working overtime is to be expected, there are steps maritime workers can take in order to avoid accidents caused by fatigue, including: