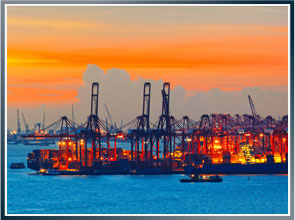 Info from Our Maritime Trial Lawyers

It is not always clear what law applies for maritime workers. For maritime workers who are not members of a vessel crew, there may be options as to what remedies a maritime worker injured on the job can obtain. For longshoremen, dockworkers and harbor workers, this means that you do have options under state or federal workers compensation law. It also means that finding the right lawyer is important – filing a claim using the correct laws and procedures can speed the resolution of your claim, and if you hire an attorney who lacks experience and knowledge of these laws, you could end up with less than you deserve or nothing at all.

The maritime attorneys at Latti & Anderson LLP are familiar with the Longshore Act and other federal laws that apply to longshoremen, harbor workers and other maritime employees who are injured on a vessel, dock or land. We understand these laws and work with the frequently, so we know how they might apply to your case.

The Federal Longshore and Harbor Workers’ Compensation Act (the Longshore Act) provides compensation for lost wages, medical benefits and rehabilitation services to approximately 500,000 workers nationwide. The Longshore Act applies to maritime workers who are not members of a crew of a vessel and who are injured or contract occupational diseases on the navigable waters of the United States or in adjoining waterfront areas such as docks, piers, marine terminals or marinas.

The Longshore Act covers longshoremen and dock workers, as well as most other workers on the waterfront, including marina workers, fuel delivery men, bridge builders, ship builders, ship repairmen, lumpers and most persons doing construction on the waterfront. Just like with state workers’ compensation laws, an injured employee who qualifies for benefits under the Longshore Act will receive benefits regardless of fault.

Workers who receive benefits under the Longshore Act also have the right to file a third party lawsuit against the person or company that caused the injuries if that person or company was someone other than the victim’s co-workers or employer.

Compensation Under the Longshore Act

Our maritime trial lawyers have secured compensation for many onshore maritime workers under the Longshore Act, including:

Other Laws and Time Limitations to File a Claim May Apply

Determining which laws apply to your situation is the important first step to beginning the legal process and recovering money for your injuries. In all cases, having an attorney who understands the different requirements of the different applicable laws can mean the difference between having a claim delayed or denied and receiving full and fair compensation in a timely way.

If you have been injured in a mishap while working in a dry dock, suffered a crane accident while unloading a container ship or hurt while employed in the shipbuilding industry, you may qualify for compensation under the Longshore Act or other maritime laws. Contact the maritime attorneys at Latti & Anderson LLP as soon as possible to learn about your rights under the law. We serve clients nationwide.