Recovering Under the Jones Act 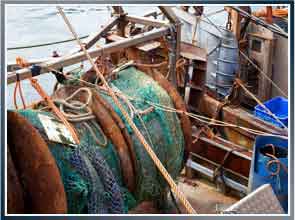 Our Attorneys Have the Experience to Help You

Maritime law is complicated, and many federal statutes govern what happens on the high seas. For maritime workers, one of the most important laws to understand is the Jones Act. The Jones Act lawyers at Latti & Anderson LLP have been helping injured seamen recover for their injuries under the Jones Act for over 50 years.

The Jones Act is one of the most well-known laws governing maritime matters, and only experienced maritime and Jones Act attorneys fully understand its scope. Maritime workers injured on the job are entitled to compensation for their injuries under the Jones Act, and seeking the help of a seasoned Jones Act lawyer is the first step to getting the help you need to support yourself and your family after an injury on the job.

The Jones Act does not apply to all maritime injury cases. Congress enacted the Jones Act in 1920 as a way of setting forth seamen’s rights to compensation for injuries sustained on the job. The goal was to give protection to seamen and their families. Because seamen cannot receive regular workers’ compensation for job-related injuries, the Jones Act, along with a claim for unseaworthiness, is another avenue for suing their employers for damages in a jury trial if they are hurt while working at sea. The Jones Act incorporates by reference the Federal Employer’s Liability Act, which gives railway employees the right to sue their employers for damages.

To prevail under the Jones Act, injured seamen must show that they were hurt during the course of their employment and that the employer’s negligence caused the injury. For a Jones Act claim to be viable, the injured seaman or his family must prove the following:

Are You a Seaman?

For the Jones Act to apply to your case, you must be a seaman as the law defines it, which means you must work on a vessel and be doing the vessel’s work. Your duties must have contributed either to the function of the vessel or vessels to which you were assigned or to the accomplishment of the vessel’s mission. Next, you must satisfy the connection test, which means you must have a connection to the vessel or fleet of vessels that is substantial in both time and nature. To qualify for seaman status, your employment must be related to either the ship’s function or its mission no less than 30 percent of the time. Crew members, officers, engineers and fishermen all qualify as seamen for the purposes of the Jones Act.

Negligence is the failure to exercise the degree of care which an ordinary, prudent person would use under the same or similar circumstances. A ship owner or employer has the continuing duty to a seaman or fisherman employed to perform work aboard its vessel to use ordinary care under the circumstances to furnish those seamen or fishermen with a reasonably safe place in which to work and to use ordinary care under the circumstances to maintain and keep the vessel in a reasonably safe condition. “Safe place to work” in the law means a place where the work can be performed without exposure to unreasonable risk or harm if the worker performs his duties with reasonable care for his own safety. The employer is responsible for the actions of its officers, agents and employees.

What You Can Recover

Injured seamen can recover damages for past and future lost wages, past and future pain and suffering and past and future medical bills. If the injury kills the seaman, his family has a wrongful death action and survival action. The family can collect wrongful death damages for loss of support, loss of services, loss of nurturing, loss of training and education, loss of inheritance and any conscious pain and suffering the seaman endured before he died. Under general maritime law, the employer is responsible under the doctrine of maintenance and cure, which means the employer must pay the injured seaman a stipend plus medical expenses while he recovers and until he reaches maximum medical improvement – basically, until he reaches an endpoint in his recovery.

Why You Need a Jones Act Attorney

The Jones Act is a powerful weapon for injured seaman to recover for maritime injuries while working. The Jones Act gives maritime workers a much greater chance of recovery than workers’ compensation would ever provide. However, the statute has many complications, and there are many facts you must prove to recover under it. Additionally, the owner of the vessel, most often the employer or a company related to the employer, has the option to file a Petition for Limitation of Liability, which would allow the owner to limit your recovery to the value of the vessel at the time of the accident – even if the vessel is at the bottom of the ocean.

The statute of limitations on a Jones Act claim is three years, unless you were injured on a vessel owned by the United States or by a state, which is as early as 22 months for notice and two years for suit. If you wait more than the statute of limitations time period for your injury to seek compensation, your claim will be denied. If your employer files a Petition for Limitation of Liability, you have an even more limited time to file suit or respond – if you fail to respond timely, the court will limit your recovery to the boat’s value, and you will not be able to collect more.

The first thing an injured seaman or his family should do after a maritime work accident is contact the experienced Jones Act attorneys at Latti & Anderson LLP. We represent clients nationwide, and we help people who have suffered injuries at ports all around the United States and across the globe. Call us today – you have nothing to lose by contacting us.