Home » Why is This Tugboat Worker Suing Tappan Zee Constructors?

Why is This Tugboat Worker Suing Tappan Zee Constructors? 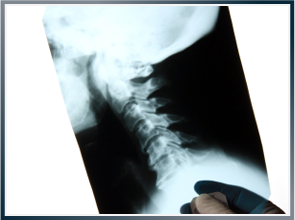 The Tappan Zee bridge has been under construction and has caused several accidents this year. In a previous blog, we covered the tragic sinking of a tugboat that cost three crewmembers their lives when the tug smashed into a construction barge. Now, the bridge has claimed another victim.

A tugboat worker was ordered onto one of the construction barges involved in the Tappan Zee bridge construction and told to handle heavy mooring lines in order to secure them to the barge. However, the weather was particularly hazardous that day and the tugboat worker was given no help in his task as well as insufficient equipment to perform it safely. Moreover, this task was not part of his job description, nor did he have training, nor did he give consent to perform this perilous task.

As a result, the worker’s muscles, blood vessels, tendons and ligaments were all severely ripped and sprained. He also sustained catastrophic injuries to his spinal cord, which left the former tugboat worker paralyzed. He has filed a lawsuit against Tappan Zee Constructors, which owned both the tugboat and the construction barge, for use of unseaworthy vessels and negligence.

This tugboat worker had no business doing any work on the construction barge, and certainly not in inclement weather conditions. The employer should have asked a more qualified and properly trained employee to undergo this task. Operators should never skimp on safety to meet deadlines or haphazardly get a job done.

For any work involving construction equipment on barges, tugs, vessels or any other type of floatation, employers must make sure that workers are trained and all safety standards are upheld to avoid any accidents. Tappan Zee Constructors needs to do a better job of protecting its workers, both on the barges and on the tugboats.

Latti & Anderson LLP is a maritime injury law firm that fights for nationwide victims who have been injured at sea.