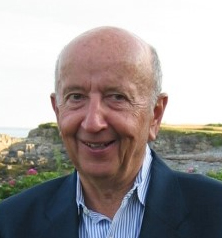 Regarded One of the Best Maritime Attorneys on the East Coast

Maritime Trial Lawyer Michael Latti is well known as one of the best maritime attorneys on the East Coast. A true master of admiralty law and Jones Act settlements, Michael Latti currently works Of Counsel for the Boston maritime law firm he started over 50 years ago, Latti & Anderson LLP. Over the years, he has handled thousands of asbestos and maritime law cases, making a name for himself as one of the best trial lawyers of his generation.

Some of Michael’s most famous cases include:

Michael got his start when he was fortunate enough to get a job out of law school with a maritime trial lawyer. He learned everything he needed to know about maritime law cases by carrying the attorney’s briefcase and watching him in court for a payment of $25 per week. Eventually, Michael’s boss turned the maritime law firm over to him. Then, 50 years later, Michael turned the firm over to his daughter and his son-in-law, attorneys Carolyn Latti and David Anderson.

If you need to speak to experienced maritime attorneys, contact Latti & Anderson LLP today by calling or submitting a review form for a free consultation. We have law offices in Boston and New Bedford, Massachusetts. However, we represent maritime workers and their families throughout the United States.