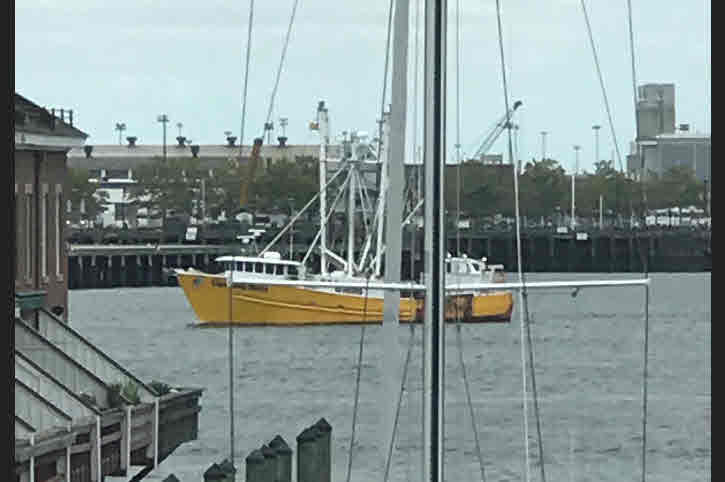 Could Maritime Law Help the Victims of the F/V Captain Billy Haver Attack?

When it comes to the rights of seamen and fishermen, maritime law and the Jones Act provide many protections. These provisions can even help protect those who are injured by fellow crew members while working over open water. Now, the crew of a fishing vessel and their families may have to use these laws due to a tragedy at sea.

What Happened Aboard the F/V CAPTAIN BILLY HAVER?

On September 23, a crew member of the F/V CAPTAIN BILLY HAVER ran on deck after hearing yelling. As he investigated, he was struck in the back of the head three times. After falling to the deck, a shipmate brandishing a hammer and a knife warned him to stay where he was. That’s when the crew member saw another man lying motionless nearby.

Other crew members soon responded to the commotion. The man with the hammer and knife hit a third crew member before climbing the ship’s mast to escape the others. The fishing vessel then broadcast a distress call that was answered by the MEIN SCHIFF 6, a German cruise ship. Using their medical equipment, the German ship rendered aid to two of the wounded fishermen. However, one did not survive his injuries.

Once ashore in Boston, Massachusetts, authorities took control of the situation and made several startling discoveries. The crew member who had attacked the other sailors on the fishing boat was out on bond. He was arrested in Newport News, Virginia in March for charges of abduction by force, intimidation or deception. Yet, he was hired onto a fishing vessel despite this record of potential violence. This fact could prove vital to any lawsuit filed by the family of the crew member who lost his life.

Do Victims and Their Families Have Legal Options?

Under general maritime law and the Jones Act, a fisherman or his family may sue his employer and vessel owner for personal injuries or wrongful death due to assault by another crewmember. However, it must be proven that the attacker was not a seaman of equal disposition and seamanship to others in the calling or that Employer hired a violent crew member and knew or should have known of violent propsensities. Independent evidence that shows a crewmember’s violent or vicious disposition is one of the ways to prove that point or the viscousness of the assault itself. Considering the facts of this attack and the criminal record of this crewmember, courts may favor the victims and their families and they may be entitled to damages under the law for their conscious pain and suffering, mental anguish and wage loss.

At Latti & Anderson LLP,  we have handled many assaults and have represented a captain who was attacked by a fellow crew member while he slept, another captain who was assaulted while working on deck, a merchant seaman who was attacked with a broom and a crew member who was stabbed with a knife by a fellow crew member while setting out gear. We have experience, knowledge and resources that have helped recover millions for fishermen injured by the negligence of their employers or the unseaworthiness of the vessel. You can learn more about the tools and resources we use to help crew members who are hurt at sea by calling our office at (800) 392-6072. Consultations are free and may help the injured recover damages for their pain and suffering and for their losses.