Barge Lighting Might Have Played a Part in Fatal Boat Wreck

Barge Lighting Might Have Played a Part in Fatal Boat Wreck 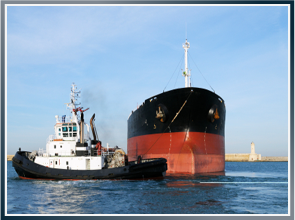 There have been new developments in the investigation of a fatal boating accident that took the lives of two FBI agents, a story which we blogged about last month.

According to WXIX-TV, an investigation into a collision between a pleasure boat and a barge along the Ohio River uncovered a possible cause of the wreck. Reportedly, one of the passengers on the pleasure boat who survived the deadly crash, which happened around midnight on a Thursday, said that prior to the collision, she and the others on her vessel could not see the barge.

Barges are required to use proper lighting at night, and authorities reported that both the pleasure boat and barge’s navigation lights were working leading up to the crash. Therefore, it remains unclear whether lighting contributed to the incident. As of this report, the U.S. Coast Guard is still investigating the wreck.

Who Can I Call If Lighting Issues Led to My Boat Wreck?

The time following a boating accident is often chaotic, and if a fatality was involved, a period during which you and your loved ones need and deserve a chance to grieve. However, the aftermath of a boat wreck is also a very crucial time in any investigation, when evidence is gathered, timelines are established and witnesses are interviewed.

For decades, our admiralty lawyers have been guiding maritime accident victims and their families through the process of holding those responsible for their injuries accountable. Let us take the burden of handling your case off your shoulders and fight for the money you and your family need for lost pay, hospital bills and funeral expenses.

To learn more about our maritime law firm and how we can help you or to speak with us about your situation confidentially, call us today to schedule a free consultation.

Latti’s Little Extra: A tug and barge can be half a mile apart with a cable hidden underwater connecting them, according to Yachting Life.